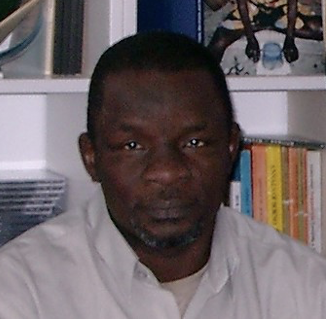 Our colleague and friend Ahmad Tela Baba sadly departed this world unexpectedly on October 12, 2020. Ahmad left behind his wife, children, and grandchildren.

I first got to know Ahmad, who was born on February 2, 1960, in 1989 when I was on my first research trip in northeastern Nigeria. While we were together at the University of Maiduguri where he was working as a junior lecturer at the Department of Languages and Linguistics, he invited me to visit him and his family in his hometown of Shira in Bauchi State. This was the beginning of a long joint research that led, among other things, to Ahmad’s PhD dissertation, two books written together, and to something much more valuable: a friendship that stood the test of time despite the fact that we worked and lived in different places and had no chance to meet in person after 2010.

As part of the academic exchange between the universities of Maiduguri and Frankfurt am Main within the Collaborative Research Centre SFB 268 “Cultural Development and Language History in the Natural Environment of the West African Savannah”, he visited Germany and worked with his colleagues Alhaji Maina Gimba, Dymitr Ibriszimow, and me on cultural vocabulary in Hausa and Bole (both Chadic languages spoken in Nigeria). Later he worked on L2 variants in the Nigerian Middle-Belt and at the eastern fringe of the Hausa language area.

From 2003 to 2005 he worked at the University of Bayreuth as a Hausa lecturer. He was extensively engaged in the academic sphere and was highly respected by his students, who greatly appreciated his style of teaching. All his colleagues admired Ahmad and his friendly character; he was a friend and partner who was always ready to discuss and collaborate.

None of us at the University of Bayreuth who knew Ahmad will ever forget him!