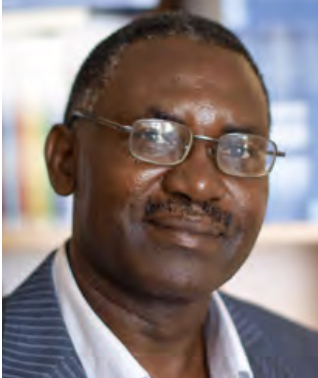 Vincent Ambe Tanda, Associate Professor of Linguistics, pioneer Head of the Department of Linguistics and contact person of the partnership cooperation between the University of Buea and the University of Bayreuth, was guest of Afrikanistik II (Dymitr Ibriszimow) in June 2014. Vincent Ambe Tanda has been teaching at the University of Buea since 1994. He completed his MSc. (1987) and his PhD (1993) in computational linguistics at the University of Manchester Institute of Science and Technology. His fields of teaching and expertise include generative syntax, linguistic theory, machine translation and applied linguistics. He has co-edited recent titles such as Language, Literature and Social Discourse in Africa (Bamenda: Agwecams, 2009) and The Bafaw Language (A10) (Bamenda: Langaa, 2011). His current research focuses on the documentation of endangered Cameroonian Grassfield Bantu languages. In this regard, he gave a lecture on “Worldviews and proverbs in the human-nature relationship: An ecolinguistic exploration of Grassfield Bantu proverbs” at the Afrikanistik Research Colloquium.