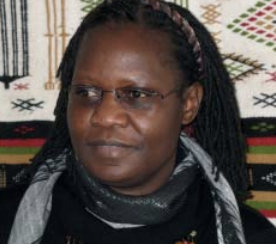 Naomi Luchera Shitemi of Moi University in Eldoret, Kenya, spent six months from June 2008 at the Chair Afrikanistik II (Dymitr Ibriszimow) as a guest professor of the Institute of African Studies (IAS). Prof. Shitemi teaches in the Department of Kiswahili & Other African Languages of the School of Arts and Social Sciences (SASS) of Moi University. A specialist in linguistics and literature, she has been involved in gender and languagerelated researches from the dimensions of policy and planning, identities and communication. She has published in the areas of Swahili language and literature, language planning and policy, translation and gender. Naomi Shitemi has served in several administrative positions, including being Chair, Department of Kiswahili & Other African Languages, and Dean, School of Arts and Social Sciences, (SASS). On various occasions, while serving as Dean, she acted as Deputy Vice Chancellor, Research & Extension. In addition to memberships of National Kiswahili Associations and the Eastern Africa Scientific Committee of the African Academy of Languages (ACALAN), she is one of the assessors of the Commission for Higher Education (CHE) in Kenya, and a member of the executive committee of the Association of African Universities (AAU).