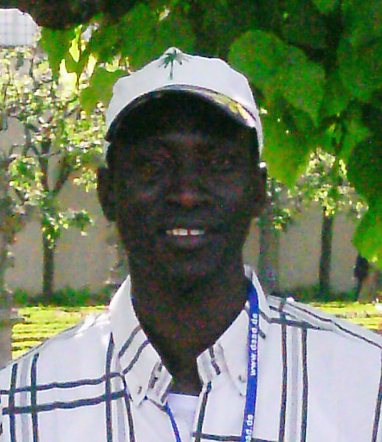 Lamine Bodian, associate professor at the University Cheikh Anta Diop in Dakar, Senegal, stayed from October 2018 to January 2019 at the Chair of African Linguistics II (Prof. Dymitr Ibriszimow) as a DAAD research fellow.

In Bayreuth, Lamine Bodian gave a lecture about the Advanced Tongue Root feature in Joola varieties and the assimilation processes in which it plays a role. Providing explanations, examples and exercises on the complex phenomenon of ART vowel harmony, he also made a valuable contribution in a seminar on phonetics and phonology of African languages.