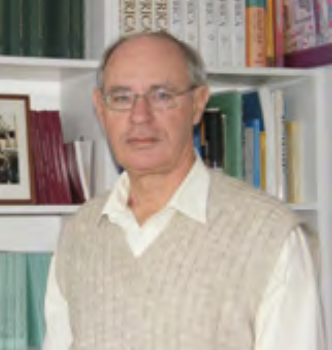 Christoffel R. Botha, Professor of African Literature and former Director of the School of Humanities at the University of Fort Hare, South Africa, is a regular guest of the University of Bayreuth since 2009. From 1st May to 31st July 2013 he was a visiting professor for Literatures in African Languages at the University of Bayreuth. Christoffel R. Botha specialises in research on Xhosa prose literature, with specific reference to the works of the well-known author, A.C. Jordan. He is the author of the language policy and the University Standing Orders for Faculties of the University of Fort Hare. During his stay in Bayreuth, he enriched the curriculum with courses on Conversational Xhosa, Xhosa Literature in Translation, Early Black Intellectuals, and Folklore. Moreover, Botha gave academic advice to doctoral students and took part in discussions on the restructuring of the African languages focus of the Faculty of Languages and Literature.