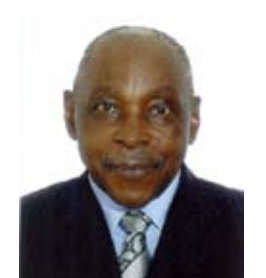 Augustine S. L. Bukenya of Makerere University, Kenya, is one of the leading literary scholars in East Africa who has worked prodigiously on issues of English literature, and African literatures in English and African languages. Besides academic appointments at Makerere University, Kenyatta University, University of Nairobi, University of Dar-essalaam and University of Stirling, Bukenya is a notable poet, playwright, novelist and short story writer. As a well-known literary critic he has written on issues of oral literature, oral literature theory, oracy, the teaching of literature, East African poetry and female empowerment in Africa. Recently, he has been engaged in research on proverbs from a semiotic point of view. During his stay at the Institute of African Studies in Bayreuth in May and June 2009, he taught classes on African Languages, Literatures and Cultures as well as on fieldwork. He participated in the Swahili Colloquium, and delivered a public lecture on ‘Proverbial Depth: A Semiotic Approach’.