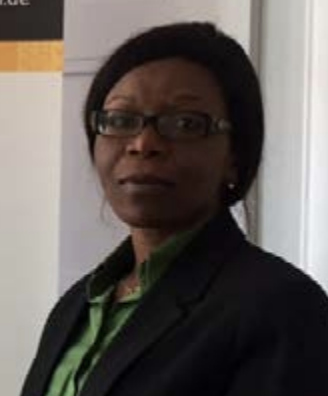 Alda Flora Amabiamina W’amayina, Professor of French Literature and Head of the Department of French and Francophone Studies, University of Douala, Cameroon was a guest at the Chair of Afrikanistik II in May 2016. Her stay in Bayreuth was funded by the Institute of Afican Studies. She obtained her doctorate in general and comparative French literature and drama studies from the University Marc Bloch, Strasbourg II, France. Between 2009 and 2014, she served as the Head of University Cooperation at the then newly-created University of Maroua, Cameroon.

Her areas of specialisation include comparative African literatures, argumentation theories and cultural and feminist studies. During her stay in Bayreuth she gave a lecture on: “L’ethos de femme libérée dans la chanson féminine camerounaise”. She is a member of several editorial boards and is editor of the volume Peintures de Femmes dans la Littérature Postcoloniale Camerounaise (2016).