The Description of the Karabora language

The Description of the Karabora language

The aim of the project is the description of the language of the Karaboro, a population whose area of settlement is located in and around the city of Banfora in Burkina Faso. The Karaboro language constitutes the northeastern branch of the Senufo language group, which belongs to the Gur languages. Two varieties of Karaboro are documented, Kar and Syer. Up to date only scarce material exists on the latter.

The description of the Karaboro language will on the one hand allow making decisions about the true relation between the two varieties. It is, on the other hand, the basis upon which the status of the Karaboro language within the Senufo language group can be clarified. It is hoped that this might contribute to the controversial discussion of the position of Senufo within the Gur family.

As the Karaboro forms a linguistic island surrounded by other Gur and Mande languages, a special focus is made on language characteristics which can be traced back to language contact.

Interrelation with other projects and scientific partners

The project is part of and continuation of the research focus on Gur languages at the chair of African Linguistics I at the University of Bayreuth. It can be considered as the extension of the sociolinguistic project A1 in the frame of the SFB/FK 560 entitled "The effects of Globalisation Processes on the Vitality of Languages in West African Cities" from March 2001 to June 2006.

Research partners are the department of linguistics at the University of Ouagadougou, Burkina Faso, and SIL Burkina Faso. 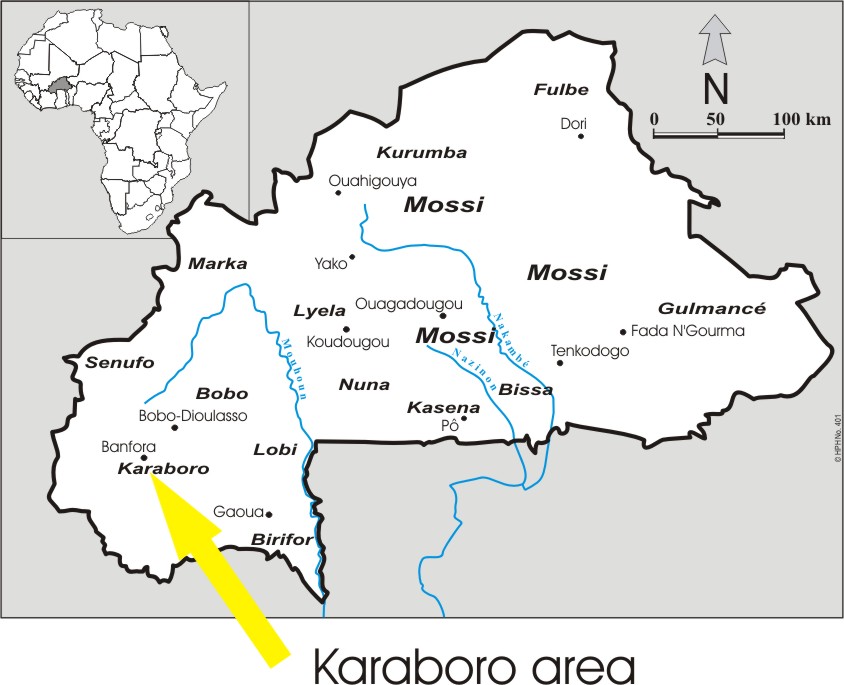